From Video magnifiers; requires connection to television or PC

To access any further information you need to be a subscriber.

If you are a subscriber and have already registered, please sign in.

If you are a new subscriber and need to register, please register here You will need the activation code that was provided when you subscribed.

If you are a member of the public we recommend you visit our FREE impartial equipment information website Living made easy.

This product has been discontinued!
or the supplier hasn't updated the details for over 3 years! 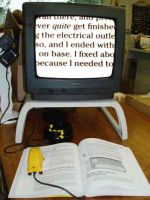 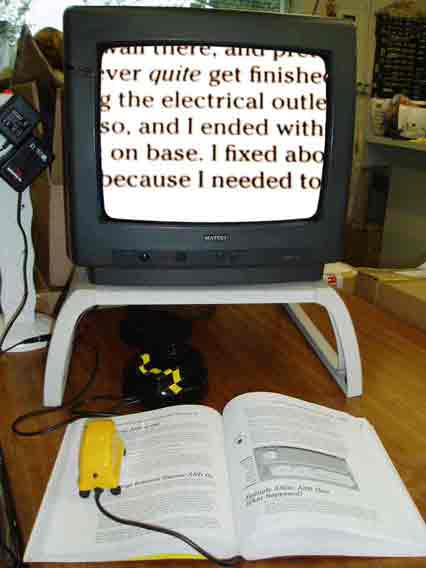 Are you the manufacturer of this product or one of its suppliers?

KATHLEEN PATRICIA BETTERIDGE 21 February 2020
PLEASE FORWARD ME A MANUAL FOR EEZEE READER COMPANION - SERIAL NO EW3419. This unit was the property of my late Father, Percy Thomas Maybury which he purchased in June 2004. He took it into his nursing home in 2011 where he died, together with the manual which subsequently got mislaid. I am trying to sell the monitor but with a manual.
Create a rating about your use of this product Create a comment about this product

You can send a report to anybody, regardless of whether or not they have a DLF Data account. They will receive a link that will allow them to view and print the report exactly as you created it.